It was a long-time dream come true; a trip to Arunachala and Chidambaram. These two temples are among the Pancha Bhootha Sthalangal of Lord Shiva representing the five elements – earth, water, air, sky, and fire. Chidambaram (as the name suggests) represents the sky and Arunachala at Thiruvannamalai represents fire.

I had heard and read a lot about the Nataraja of Chidambaram but I got to know about Thiruvannamalai fairly recently. Arunachala or Annamalai (the inaccessible mountain) is the holy mountain that is a manifestation of Lord Shiva and it represents the lingam or fire. I heard about Ramana Maharshi who came to Thiruvannamalai when he was 16 and lived and meditated here. I was fascinated to hear about his predictions regarding Thiruvannamalai, how it is the spiritual axis of Earth and that there should be something that is equally spiritually uplifted on the other side of the Earth. His premonition was not proved right during his lifetime but later it was found that Machu Pichu in Peru is the other end of Arunachala. This was calculated by determining the coordinates of both Arunachala and Machu Pichu and after discounting the fact that the Earth is not completely round but slightly flat at the poles. Interestingly, Pachamama, who is worshipped in Machu Pichu represents Mother Earth. The name Pachamama sounds very similar to pachai amman who is worshiped in Tamil Nadu. After hearing all this I just couldnt wait to visit this place. I planned a trip along with my parents.

We got down at Katpadi railway station near Vellore in Tamil Nadu. Since it was already 7:30 in the evening and travel from Vellore to Thiruvannamalai takes at least 2 hours by bus, we decided to have dinner at Vellore. Found an Aryas near the Vellore bus stand. The best part of being in Tamil Nadu is nothing but the food. Tamilians LOVE to eat out and they do not tolerate poor quality food. MOST restaurants in Tamil Nadu serve decent food if not excellent! I speak from experience.

Aryas is a reputed restaurant chain in the state and they will never disappoint you. They serve mostly tiffin and not meals. We had good dinner and were ready for the 2-hour bus ride. We reached Thiruvannamalai late that Monday night and found a small lodge to spend the night. Can you believe having a decent single room all for yourself at 200 bucks? You will find that at Thiruvannamalai.

Tuesday morning we set out to Arunachala temple.

All women in Tamil Nadu invariably wear flowers on their hair. They also apply turmeric on their body while bathing. You can see the yellow tint on the flower seller’s face.

The temple was built over years during the Vijayanagara dynasty and is spread around 24 acres, has 9 gopurams (towers), four of them really tall, the tallest being 217 feet. This is the Rajagopuram which is a standing testimony of the architectural brilliance of Vijayanagara dynasty.

Each gopuram has a story to tell. One of the gopurams is called Parrot gopuram. There is a 1000 pillar hall next to which there is Patala Lingam where Ramana Maharshi meditated.

The main deity of this shrine is of course Annamalaiyar in the form of Shiva linga. His muse Unnamulai Amman does not reside in the same shrine but is in a separate structure. When you get out of the Annamalaiyar shrine, you can see a row of 63 dhoti-clad saints (Nayanars). There is so much to see in and around the temple complex. We could not cover all of it in one visit. One could spend a whole day inside the temple complex yet miss quite a lot. It is not just about the sheer size or grandeur of this place but when you are in this temple complex, there is something that calms you down at the same time overwhelms you. I am finding it very difficult to explain how good I felt.

Here is a 360 degree view of the temple. You can choose your position using the layout on top left and look around the place. The web site is beautifully done.

There are plenty of small temples around the mountain, most of them Shiva lingas with tanks adjacent to the temple. The most important among these are the Adi Annamalaiyar temple (where Annamalaiyar first originated) and the Balaji temple.

During the giri valam, we stopped at Sri Ramana Asram.

We were awestruck by the calmness and austerity. It is a serene place that has too many foreigners and peacocks!

The asram has its own  temple, bhajana hall, book store, veda patasala, kitchen, dining hall, goshala, a separate structure for each.

The place where Sri Ramana Maharshi spent his last days stands opposite the temple. Before the trip, we had written to the asram requesting for accommodation. That was arranged and we shifted to the asram by noon after the giri valam. If you want to stay at Ramana Ashram during your stay to T.malai, you just need to drop them a letter or an email at least 2 months in advance informing them of the desired dates. Three days is the maximum you can stay during a visit.

Asram serves lunch by 11:30 and so we had to eat outside. We went to Hotel Ashok opposite the T.malai bus stand. The board claims it to be a ‘high-class vegetarian’ restaurant. The food was indeed top class. There was rice, raddish sambar, dry cabbage subzi with plenty of coconut, a dal curry with spinach, curd, buttermilk, appalam (papad), and spicy rasam with lots of hing and garlic. I could not click a picture of this meal that left us truly satiated. The only thing missing was a sweet dish. But that would have made us more lazy and sleepy!

Scooters and bicycles are available on rent outside small shops near the asram. I took a bicycle on rent with giri valam in mind. I wasnt too sure if I would be able to complete the 14-km stretch but thought of trying it. Believe me, it turned out to be a truly unforgettable experience. The giri valam path is not too close to the mountain, just the right distance to get a lovely view of the mountain while staying close to it. It is more or less flat terrain with very little to no traffic on the road except for the last 3-4 km stretch where you have to cross the busy town. But the other 10 km more than compensates for the busy stretch. I had a relaxed cycle ride enjoying the beauty of the place.

I could smell something really nice! I stopped the cycle and my eyes literally popped out at that lovely sight and smell! Just imagine such clean air, lovely scenery, combined with good food. What a combo!

Thats Muniyamma making Paniyarams by the road. I gobbled 4 of them along with chutney. She sells it for a humble Rs. 2 per piece! Kuzhi Paniyaram is a snack made out of dosa batter. Add onions, green chilies, curry leaves, and hing to dosa batter and then cook them in very little oil in the special paniyaram skillet. Check the recipe here.

I chatted up with Muniyamma for a while and promised her I will return. Back on track after pit stop, refreshed and energized.

Even after the long cycle ride, I did not feel hungry enough for an early dinner. So I missed the asram dinner, which is served at 7:30 PM. I regretted it the next day after dining at the asram.

Next day morning after praying at the asram temple, we proceeded to climb Arunachala mountain to see the 2 asrams on the mountain where Ramana Mahirshi spent several years meditating; the Skanda asram and Virupaksha cave. It is not a very difficult climb. If you start climbing from Ramana Asram at the foothill, Skanda Asram is around 4-5 km.

The view of the temple from top of the mountain is incredible! I could not manage to get clear pictures. We were against sun light.

There are sculptors who were making and selling small figures of elephants, nandi, Shiva lingam, and such.

Both Skanda Asram and Virupaksha cave are caves around which a structure has been made. I am not sure if this existed during Ramana Maharshi’s time. A lot of people who visit the asram sit there and meditate. Virupaksha cave is more closer towards the temple when you descend from Skanda asram. After this we climbed down and went to the temple. Covered some of the things that we had missed on the previous day.

We missed the asram lunch that day also and headed straight to Hotel Ashok and once again had a sumptuous meal.

Asram has a bhajan between 6:30 and 7 every evening. That is something that you just should not miss. Men and women sing slokas (hymns) praising Arunachaleshwar from the Ramana mala book. Half of a verse is sung by men followed by the rest half by the women and some portions are sung by both. This creates a wonderful effect and makes you go to a trance like state even though you may not follow exactly what is being chanted. Its a beautiful experience.

Back to reality again, its dinner time in the ashram at 7:30. Everybody stands in a queue until the dinner hall is opened. There are a few tables and chairs for the elders. But 90% of the people have to occupy the seat on a mat in the floor. The serving plate is made of stitched leaves. Delicious broken wheat upma, sambar, chutney, and banana was served first followed by some curd rice. Thats what I call a Satvik meal. It was not high on salt, spice, or oil yet it was really tasty. Again, unfortunately I could not click pictures of these either.

When you check out from the asram you could give any amount you please as donation, which is completely voluntary.

Both Arunachala temple and Ramana Asram are must visits at least once in a lifetime.

The bus ride from Thiruvannamalai to Chidambaram, though long (4.5 hours) and bumpy was very scenic. The bus passes through small picturesque villages with plenty of paddy, sugarcane, marigold fields. Most places have lovely names too. Non-tamilians might find the names tongue-twisting.

Even though the Chidambaram temple and surroundings are not as huge as Thiruvannamalai, it still leaves you equally awestruck. I was a little disappointed with the temple management as the priests would demand money to get a closer darshan or make you pay for special poojas which you have no inclination of doing. One moment you are overwhelmed by the austere atmosphere at the temple but such open display of greed puts you off totally.

I am not posting a travelogue on Chidambaram but here are some pictures. 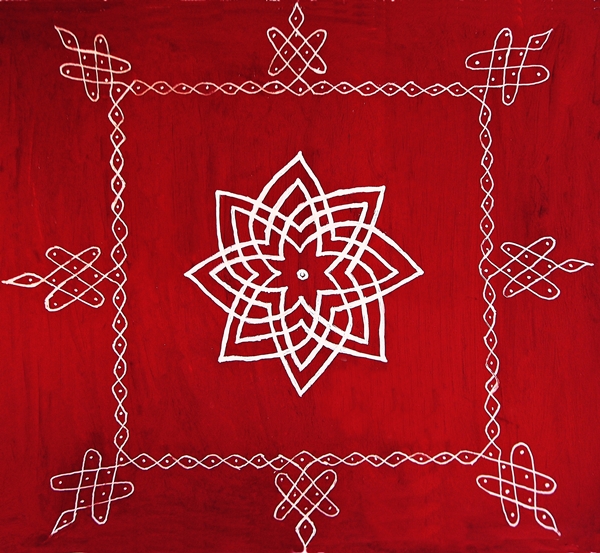